The 'Phoenix 2' project was to build a new Scout HQ to replace our  buildings which were at the end of their life. Click here to view the Souvenir Brochure which was produced for the Grand Opening' in November 2014.

if you would like to make an online donation to our Phoenix 2 fund then please visit our Virgin Money Giving page. 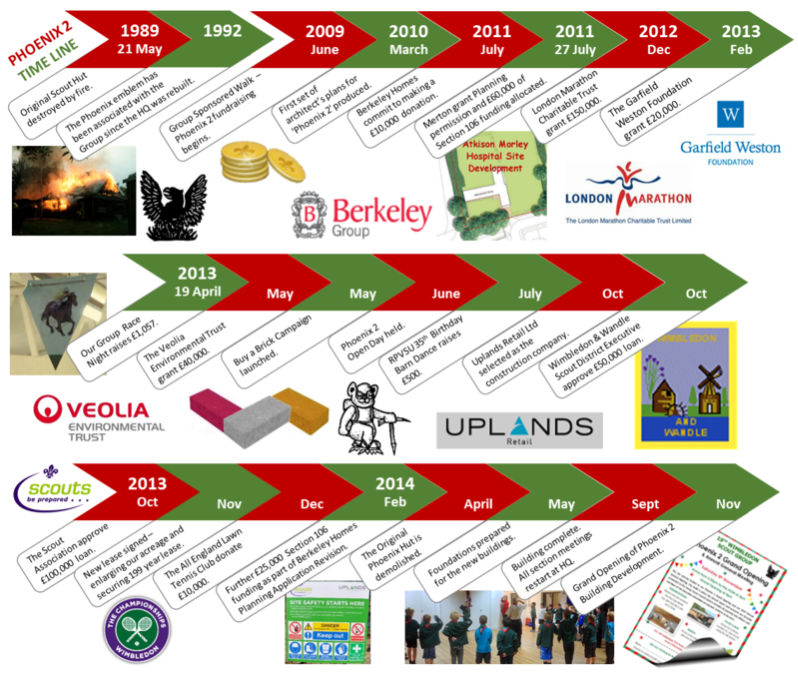 1990s - Original Phoenix Hut
The Phoenix emblem has been associated with the Group since the early 1990’s when the Headquarters was rebuilt following a fire in May 1989.

March 2010 - First plans produced
The first set of plans for the 'Phoenix 2' Hut are produced by our architect. 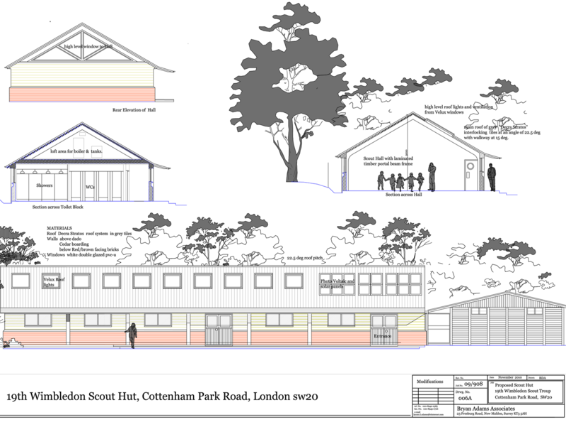 Although Laguna Quays had approved planning permission to redevelop the hospital and associated land they had been a remote and inactive landlord. Berkeley Homes have now purchased the freehold and look to be a more active developer & landlord.
Opportunities for the new building are spotted and early discussions with Berkeley are very promising.

June 2010 - Tree Survey completed
A tree survey is completed on the site by a leader from a local Scout Group who happens to be a qualified arboriculturalist. This is an important step to submitting a Planning Application.

Feb 2011 - First junior Scout Council
2 Beavers, 3 Cubs and 2 Scouts attend and enthusiastically offer feedback with lots of ideas for the new development: they like the idea of a workshop, and suggest climbing frames, assault courses and a chopping/fire-lighting/scout skills area for the new land.

During the summer our local MP, Stephen Hammond, comes down to the HQ to learn about our plans to rebuild the old Phoenix hut, and to give his support.

July 2011 - Merton Planning Application & Section 106 Money
The planning application goes to the Planning Committee on 21st July at Merton Council along with Berkeley’s application for new homes on the Atkinson Morley land. There is a 45 minute discussion on the plans, although the vast majority of the time is spent discussing how much of the Section 106 should be allocated to the Scouts. The Planning Officer’s initial guidelines, following Council policy, had been zero but speeches from Dick Bowyer, the Residents Association and several councillors result in £60,000 being allocated, which is a great result. Everyone who speaks at the meeting is in favour of the plans, and so the Planning Permission for the whole scheme is also passed.

Feb 2012 - Wolfson Site Sale
The Wolfson medical site is also up for sale and has caused some delay with the Berkeley Homes redevelopment plans for the original Atkinson Morley site. Berkeley Homes also purchase the Wolfson site and modify their plans to accommodate.

May 2012 - New Lease
The new lease is progressing well & will shortly be submitted to Merton Council for review. A Chartered Surveyor is identified who can provide a report, as required by the Charities Act. The renewal of the lease will be for 199 years and extended to cover the land granted by Berkeley (the two overgrown tennis courts at the back of the site). The Group Executive agree that the old lease can be surrendered, this new lease entered into and that the Scout Association Trust Corporation will be re-appointed to hold title to the new lease.

Sainsbury's Wimbledon present the Scout Group with a cheque for £500.

The Group has a rather nice Christmas present as we learn that our first major grant application is successful! The London Marathon Charitable Trust have decided to grant us £150,000; bringing 'Phoenix 2' (our planned new HQ building) a very significant step closer.

19 Apr 2013- Group Race Night
Our Race Night raised a fantastic £1,057 for the Phoenix 2 project and was great fun for all who attended. Thanks to Dave & Becca and their team of helpers. “We have not had such a fun evening for years” one parent emailed afterwards.

Apr 2013 - Donations from former members
This month we received some very generous donations from two former members of the Group. One family donated £300 pounds towards the Phoenix 2 project, and the other used his CAF (Charities Aid Foundation) Give-as-you-work scheme to donate £1,000. A big thank you to those families.

May 2013 - Veolia Environmental Trust
Another grant application has been successful. Impressed with our plans, the good work we do in the community and the level of funding we have already secured, the Veolia Environmental Trust agreed to grant us £40,000 towards the Phoenix 2 project. This is another big step in helping us towards our target. Veolia is an environmental waste management company and we thank them and the trustees for their generous grant.

May 2013 - Buy A Brick Campaign
Our latest fundraising scheme is launched which enables all members of the Group, friends and supporters to help us build the new Scout HQ by buying a virtual Red, Silver or Gold brick. 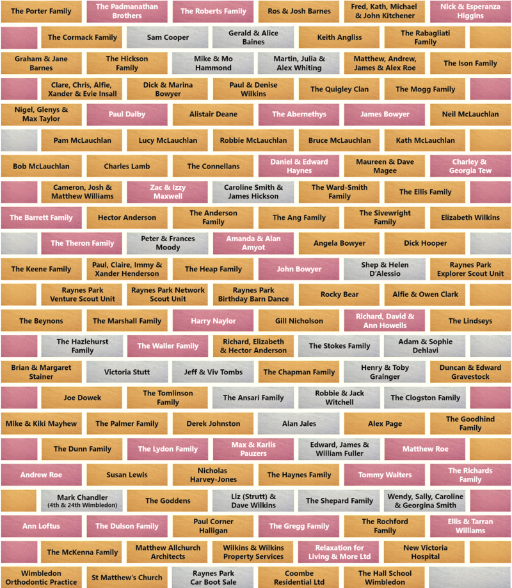 June 2013 - Group AGM and Phoenix 2 Open Day
We held an Open Day before our Annual General Meeting so that members of the Group, friends, families and local residents could see our plans and ask any questions. It was also a chance to raise some money and we are pleased to report a brisk trade in the Buy a Brick campaign with over 50 bricks sold already !

July 2013 - Raynes Park Venture Scout Unit 'Birthday Barn Dance'
One of our long term residents on the site and close partner with the Group, the Raynes Park Venture Scout Unit (now called the Explorer Scout Unit) was formed, on this site, 35 years ago. To celebrate they held a Barn Dance on a very warm night in July for current and former members. There was a great turn out, and they also were able to raise £500 towards our target.

Following a competitive tendering process, we are pleased to report that a construction firm has been selected to be our partner in this project and a Letter of Intent has been issued to Uplands Retail Ltd. Thank you to everyone who took part in this process, we are really pleased and excited to reach this milestone.

Oct 2013 - Wimbledon & Wandle Scout District Approve Loan
We are very pleased to report that the Wimbledon & Wandle Scout District Executive have approved our request for a £50,000 loan, demonstrating their support for our rebuilding project, and commenting that it was “one of the most exciting initiatives in the District”. We are very grateful, and it takes us another step closer to the target.

Nov 2013 - New Lease Signed
Our new Lease is finally official! It is now signed by all parties and we have a 199 year lease on the enlarged land including the disused tennis courts, approximately 1.2 acres. The new land should be great for campcraft, wide games, assault courses and orienteering ... Once it is cleaned up a bit and any rubbish removed.

Dec 2013 - Wimbledon Lawn Tennis Association
An early Christmas present! The All England Lawn Tennis Club (Wimbledon) have donated a very welcome £10,000 to our rebuilding campaign. Thank you , this will help reduce the amount we need to take out in loans. Great to have local support.

We are very pleased to report that the Berkeley Group have agreed to donate a further £25,000 to our fund as part of their recent Planning Application Revision with Merton Council. This money will be a very welcome contribution to paying down the loans we have had to take out to finance the whole project.

Apr 2014 - Building Work Started – Phoenix 1 Demolished!
Very exciting news to report - after a few weeks of discussing the final contract details, Uplands Retail are now on site and the original Phoenix Hut has already been demolished! Our new building project is finally underway. 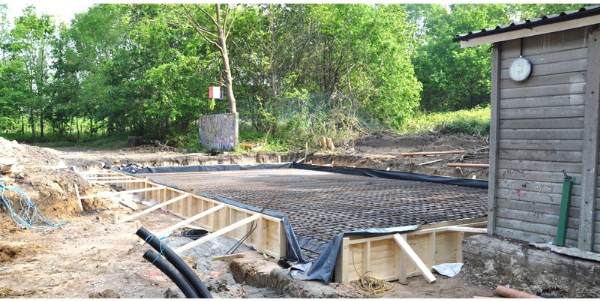 May 2014 Local Newspaper Update
Phoenix 2 gets a mention in the Local Wimbledon Guardian.

June 2014 - 'Phoenix 2' has walls and a roof!
Building work is progressing well in the sunny weather.

July 2014 - Work continues on the outside and inside.

Aug 2014 - Construction work is finished!
Uplands Retail have finished construction and left the site and we can start moving in. 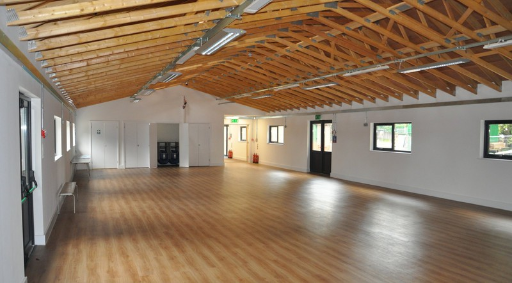 Sept 2014 - Sections return to HQ
All the sections have started back for the Autumn Term and 'Phoenix 2' is in use already. 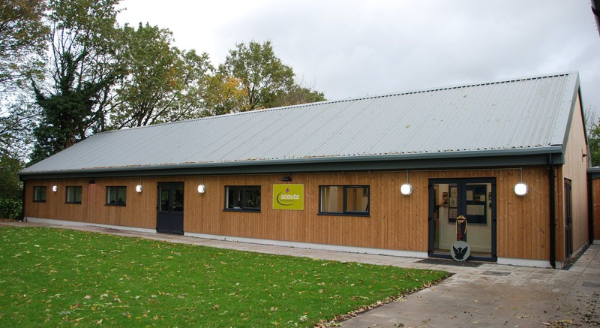 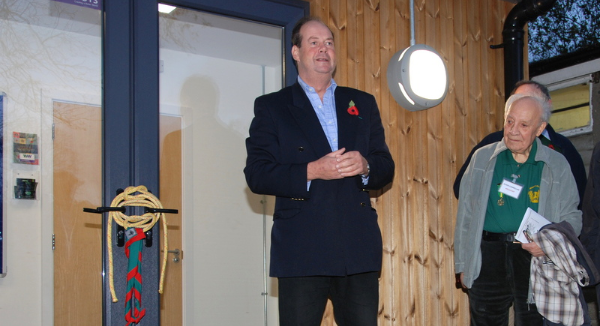