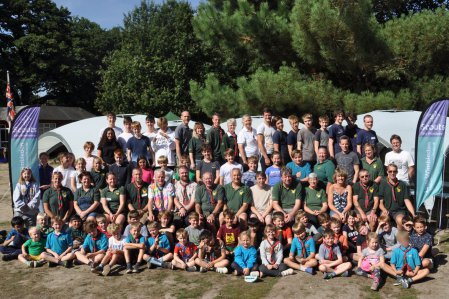 The Group has over 120 young people attending Beavers, Cubs and Scouts and some 15 leaders providing support to the various sections. All sections are open to girls and boys.

The 19th Wimbledon Scout Group can trace its origins back over 100 years and is now one of the largest and most successful Groups in the Wimbledon & Wandle District.

We have had a presence on our HQ site at Cottenham Park Road since the 1960s and a cub pack at the Sacred Heart School for at least as long. Most recently in our history the 19th was formed from a merger of the 15th and 4th Wimbledon Scout Groups in 2002.  We have a very strong partnership arrangement with the Raynes Park Explorer Scout Unit ensuring that, together, we can provide Scouting for boys and girls from 6 through to 18.

We enjoy the support of St Matthew's and Sacred Heart churches. The Phoenix emblem has been associated with the Group since the previous hut was rebuilt following a fire in the late 1980s. We are fortunate to have a mix of both experienced and new leaders, young and old, in our team led by our Group Scout Leader.

All our leaders are both DBS and Scout Association checked and undertake regular training, including regular first aid qualifications.

This is a committee of parents, leaders and supporters of the Group who meet on a regular basis to govern the Scout Group and ensure it is run in accordance with Scout Association Policy and Rules.